This Vue multiplex cinema is situated at the Quayside MediaCityUK, a shopping centre at Salford Quays near Manchester.

The cinema, previously known as the Vue Lowry/Red Cinema, offers seven screens, all with Dolby surround sound and wheelchair access.

Customers of comparethemarket.com can get two tickets for the price of one on Tuesdays and Wednesdays.

Like most cinemas the Vue Manchester Quayside offers its own concession stand. Further eating and drinking options can be found in the food hall at Quayside MediaCityUK.

Cinemagoers travelling on the Metrolink should board a tram to either Harbour City or MediaCityUK. Trams run from Manchester city centre.

Buses to the cinema include the number 50 service from East Didsbury to Salford Quays. Stops on the route include Manchester city centre, Salford Central Train Station, and Salford Crescent Train Station.

Visitors travelling to the cinema by car should leave the M60 motorway at Junction 12 and take the M602 towards Salford. At the end of the road, follow the A5063 to Salford Quays. Owners of satellite navigation systems can use the postcode M50 3AH. Vue customers enjoy four hours free parking.

Quayside MediaCityUK was previously known as the Lowry Outlet Mall. 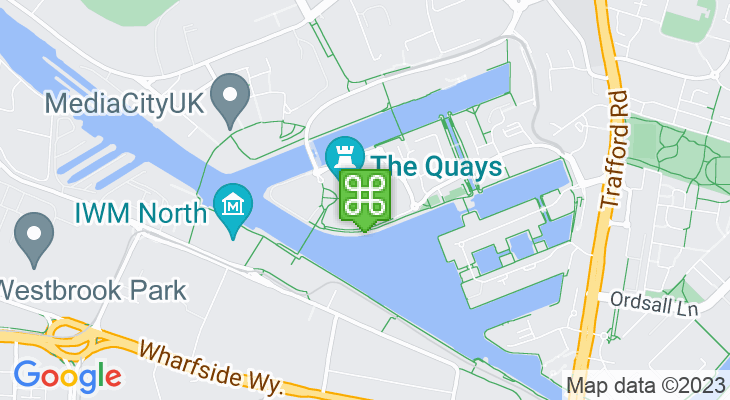 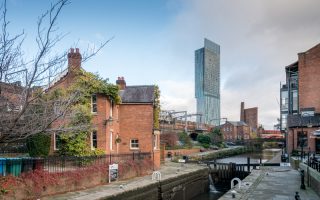 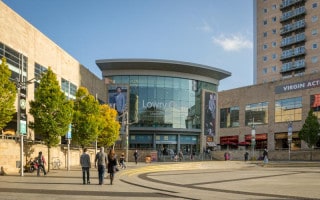 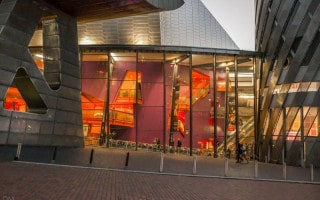 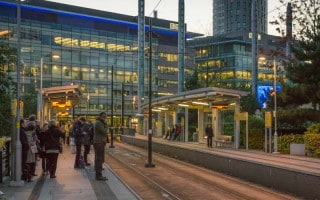 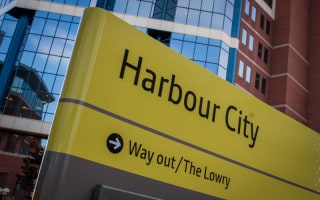