Cheshire is highlighted on this county map of England:

A Google map of Cheshire with the county boundary is shown below.

The map also includes the city of Chester and towns such as Warrington, Crewe, Runcorn, Macclesfield, and Northwich. 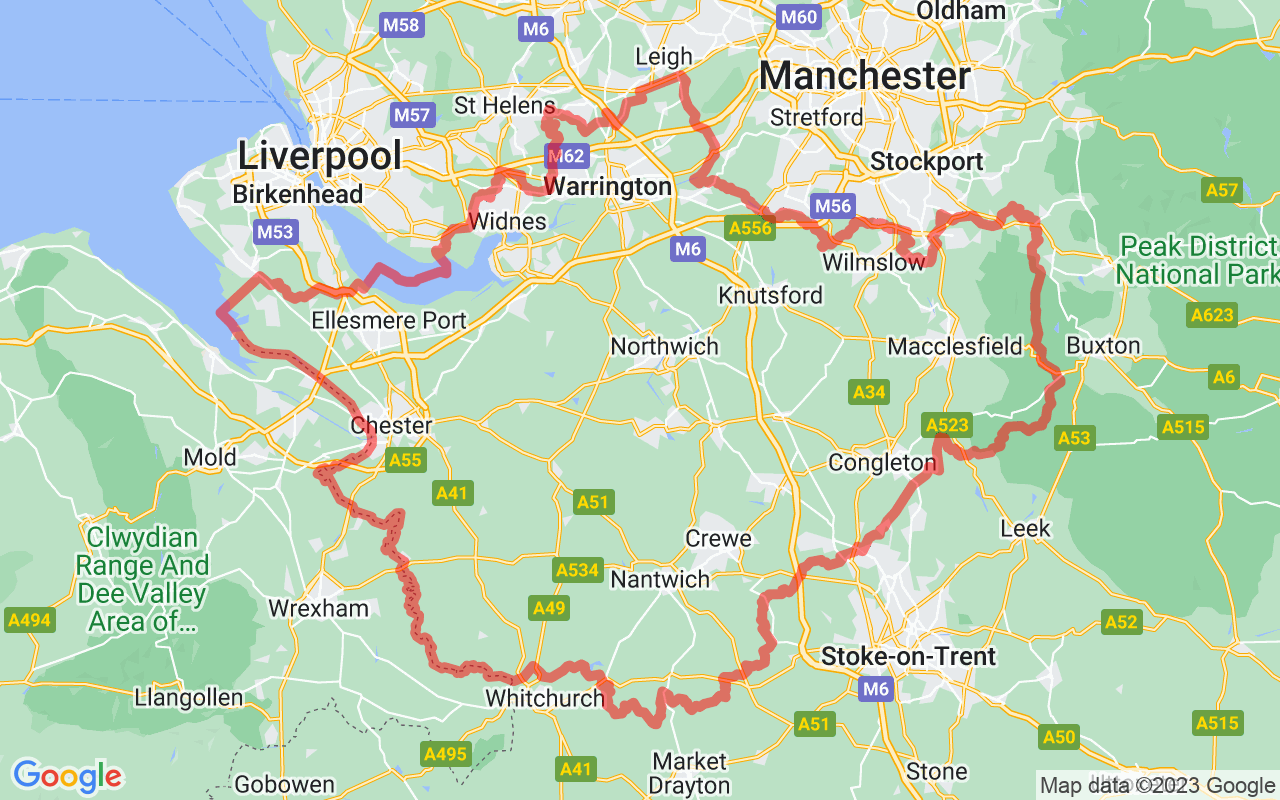 The county of Cheshire is located in North West England. There are four unitary authorities within Cheshire; Cheshire East, Chester West and Chester, Halton, and Warrington.

Chester Train Station is the busiest station in Cheshire. It is on the West Coast Main Line.

Services from this station include trains to Holyhead, Liverpool Central, and Hooton.

Crewe Train Station is another important station in the county.

Services from this station include trains to Preston, Manchester Piccadilly, and Aberdeen.

Manchester Airport is the busiest airport in the UK outside London. It is situated on the border of Greater Manchester and Cheshire.

Cheshire is bordered by the English counties of Merseyside, Greater Manchester, Derbyshire, Staffordshire, and Shropshire. It is also bordered by Wales.

We offer current weather conditions and 5-day weather forecasts for the following places in Cheshire:

The county borders of Cheshire are shown on the interactive map below. Zoom out to see where the county is located in relation to other areas of England and the UK.

Zoom in for street maps of towns and villages in Cheshire. 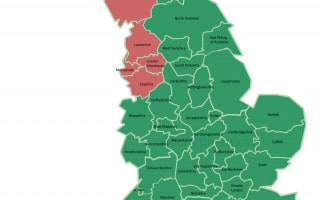