The map below shows the counties of England with Cornwall highlighted:

A Google map with the county border and coast is shown below. 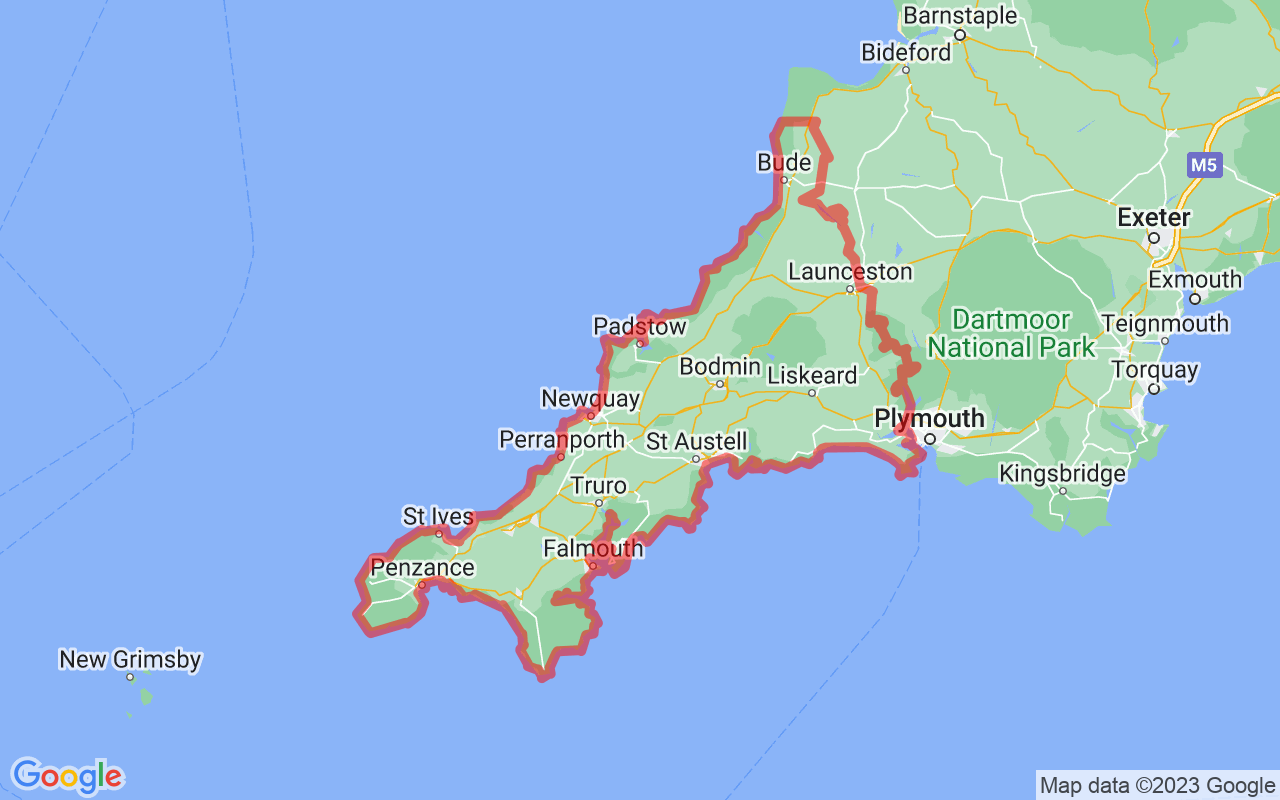 Cornwall is a county on the southwestern tip of England. It is bordered to the east by Devon, and by the English Channel and Celtic Sea.

Lizard Point is the most southerly point of mainland UK. Land’s End is its most westerly point.

The Isles of Scilly are also part of Cornwall. The archipelago is situated 25 miles from Land’s End.

The county town is the city of Truro. Towns in Cornwall include Redruth, Falmouth, St Austell, Newquay, Penzance, Saltash, Bodmin, and Helston.

Things to do and places of interest in Cornwall include the Eden Project, Tate St Ives, Minack Theatre, the Lost Gardens of Heligan, Tintagel Castle, National Maritime Museum Cornwall, and Trebah Garden.

Cornwall is one of a handful of counties in England with no motorways. Major roads include the A30 (London to Land’s End) and A38 (Nottinghamshire to Bodmin).

The busiest train station is Truro. It lies on the Cornish Main Line.

The county borders of Cornwall are shown on the interactive map below. Zoom out to see where the county is located in relation to other areas of England and the UK.

Zoom in for street maps of towns and villages in Cornwall. 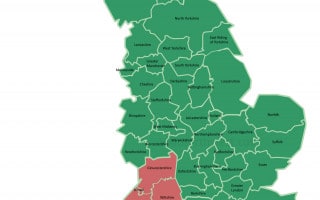