The map below shows the counties of England with the county of Northumberland highlighted:

A Google map of Northumberland with the county border is shown below.

The map also shows the Northumberland National Park, coast, and towns such as Alnwick and Berwick-on-Tweed. 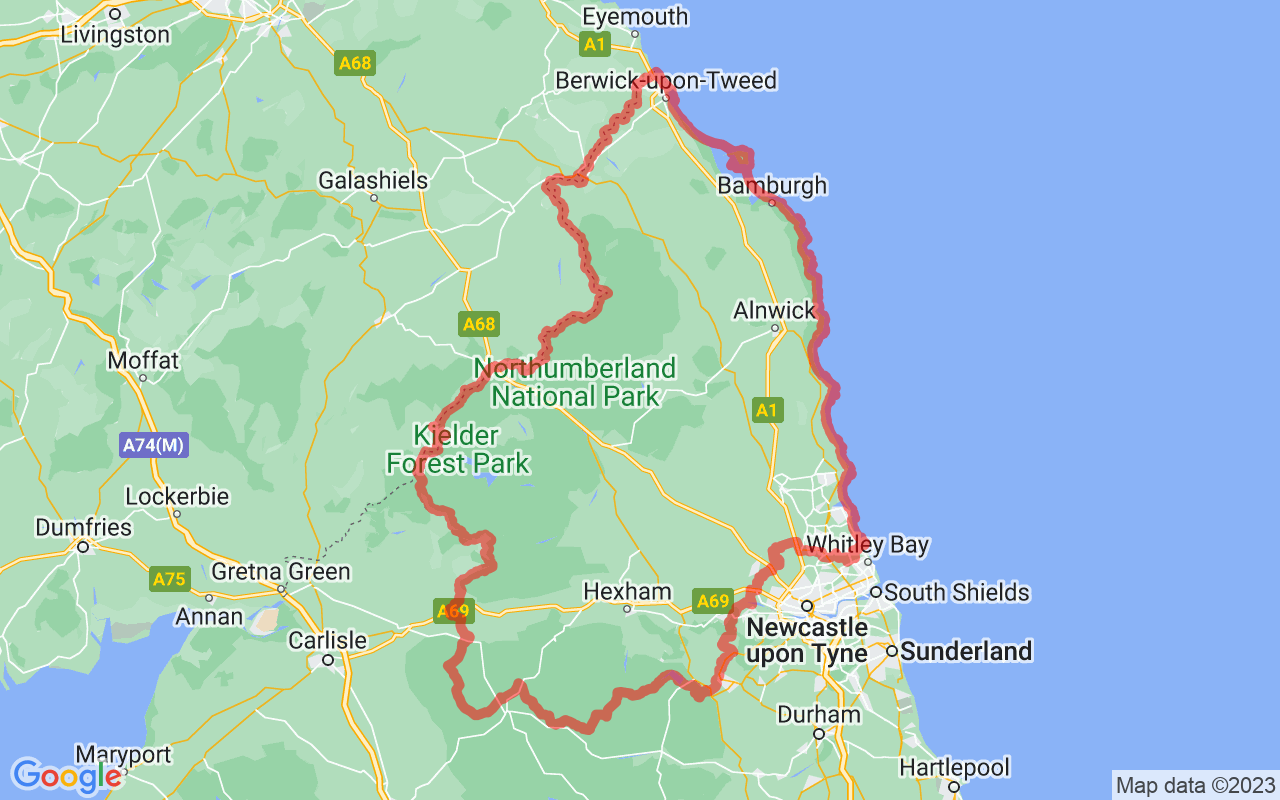 Northumberland is a county in North East England. It is bordered by Cumbria, Durham, Tyne and Wear, and Scotland.

The A1 passes through Northumberland. It connects London to Scotland.

Berwick-on-Tweed is the busiest railway station in the county. It is on the East Coast Main Line and is the most northerly station in England.

The county borders of Northumberland are shown on the map below. Zoom out to see where the county is located in relation to other areas of the UK. 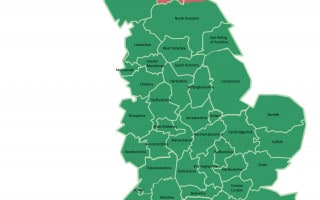 Information about North East England. View counties and a map.