The map below shows the counties of England with the county of Oxfordshire highlighted:

A Google map of Oxfordshire with the county border is shown below. It also includes the city of Oxford plus the Cotswolds, Chilterns, and North Wessex Downs. 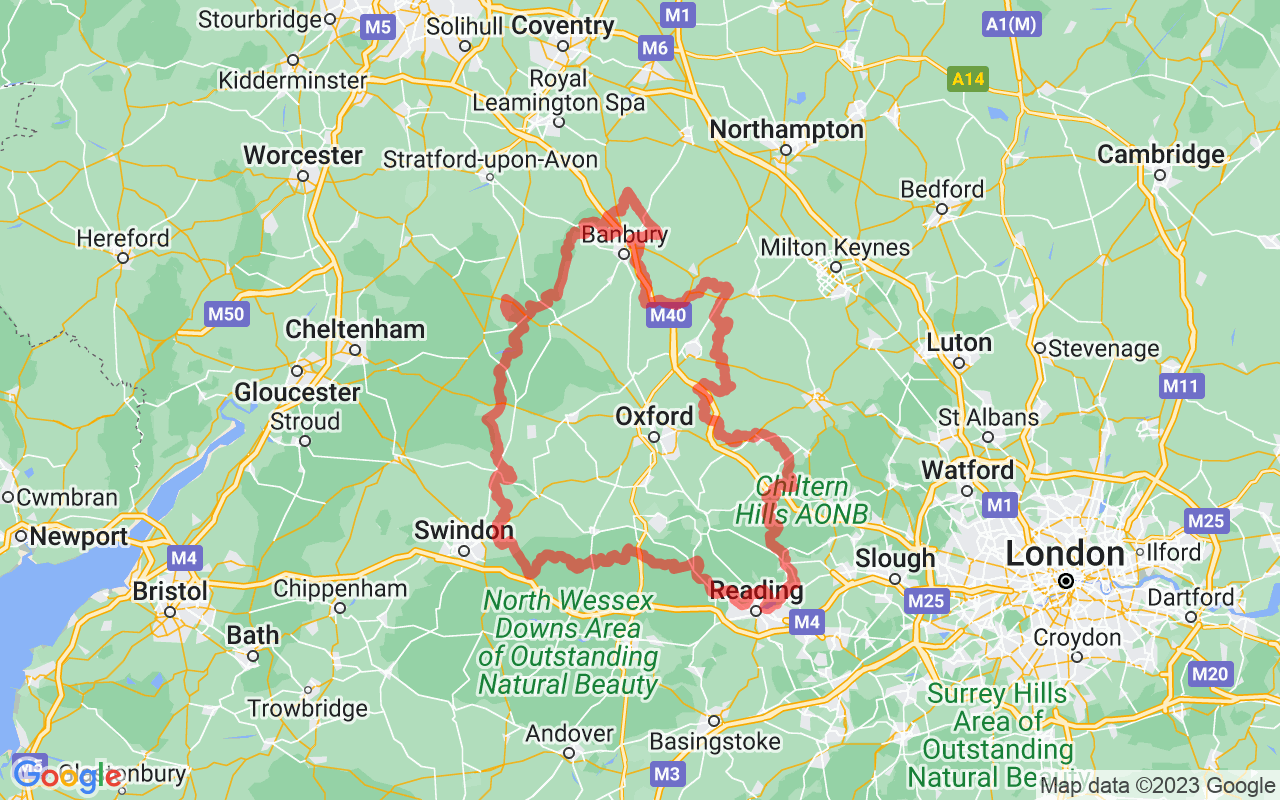 Oxfordshire is a county in South East England. It is bordered by Northamptonshire, Buckinghamshire, Berkshire, Wiltshire, Gloucestershire, and Warwickshire.

The county town is the city of Oxford. Towns include Banbury, Abingdon-on-Thames, Bicester, Witney, and Didcot.

The M40 Motorway passes through Oxfordshire. The road links London, Oxford, and Birmingham.

Oxford is the busiest railway station in the county.

Current weather conditions and a 5-day weather forecast for Oxford can be found here.

The county borders of Oxfordshire are shown on the map below. Zoom out to see where the county is located in relation to other areas of England and the UK.

Zoom in for a street level map of Oxfordshire. 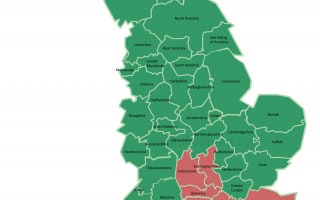 Information about South East England. View counties and a map.