The Loom is a modern retail, restaurant, and cinema complex in Leigh. The £50 million development opened at the end of 2011.

The major attraction here is Cineworld Leigh. The multiplex cinema offers 7 screens and is the only movie theatre in the town.

There’s a Nando’s restaurant next to the cinema. Anytime Fitness, a 24-hour gym, is also here.

The park is also home to a large Tesco Extra supermarket. It sells a wide range of groceries and also boasts a pharmacy, cash machines, a café, petrol station and car wash.

The Frankie and Benny’s restaurant here closed in 2019.

The Loom is situated on Derby Street in Leigh town centre, just off Spinning Jenny Way and opposite the Spinning Gate Shopping Centre. There’s a free (limited time) car park with spaces for over 800 vehicles.

Leigh Bus Station is just across the road (next to the Spinning Gate Shopping Centre). The nearest railway station is Atherton Train Station (approximately 3 miles away).

Map showing location of The Loom. 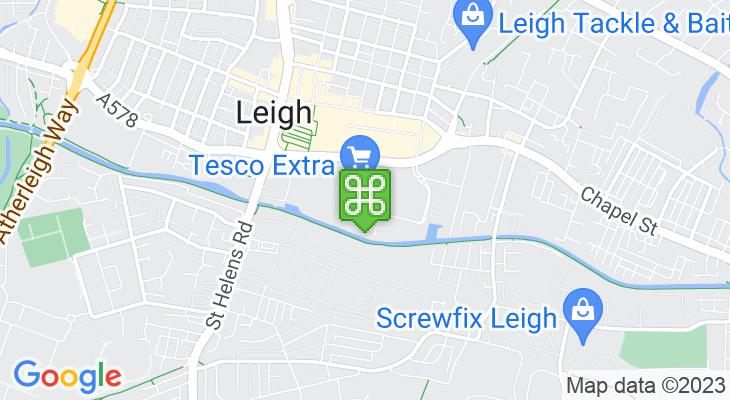 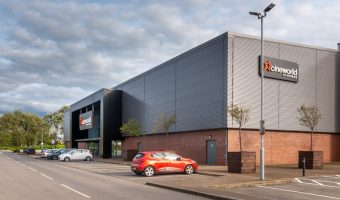 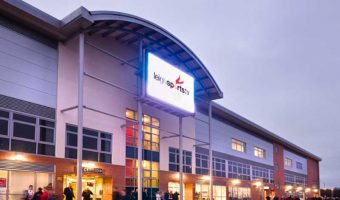 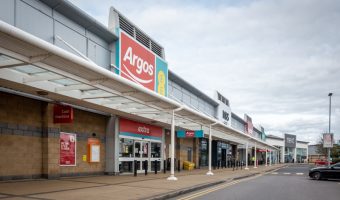 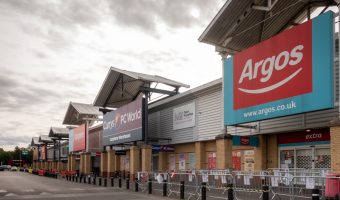