Spinningfields is a commercial, retail, and residential development in central Manchester.

Home to many modern office buildings, the development Is Manchester’s equivalent of London’s Canary Wharf.

The Manchester Civil Justice Centre is one of the most striking buildings in the city. It is noted for its 11,000 square metre hung glass wall and the cantilevered court rooms that project from the building.

The Leftbank is a mainly residential area located to the west of the development. Overlooking the River Irwell, it boasts over 400 luxury apartments and penthouses.

Spinningfields is home to some of Manchester’s best restaurants and bars. They include The Ivy, 20 Stories, the Alchemist, Australasia, and Tattu.

The John Rylands Library is a fine example of neo-Gothic architecture. The magnificent building houses an impressive collection of books and manuscripts, including the oldest known piece of the New Testament. It opened to the public in 1900 and is named after John Rylands, Manchester’s first multi-millionaire.

The People’s History Museum explores the history of democracy and working people in the UK.

Restaurants, shops, and entertainment venues at Spinningfields are listed below.

Listings were last updated on December 1, 2021.

St John’s and Castlefield lie to the south, the Civic Quarter to the east, and the Central Retail district to the north.

The closest Metrolink stations to Spinningfields are St Peter’s Square and Deansgate-Castlefield. Both are around 400 yards away.

The nearest train station is Salford Central. It is around 200 yards north west of Spinningfields.

Deansgate Train Station is also nearby.

Piccadilly Train Station is approximately 1 mile away. A free bus leaves from outside the station and stops at Spinningfields. The free bus service also operates from Manchester Victoria.

There’s an NCP multi-storey car park on New Quay Street in Spinningfields. Satellite navigation owners can use the postcode M3 3BE to find it. The car park has spaces for nearly 700 vehicles and is open 24 hours a day. 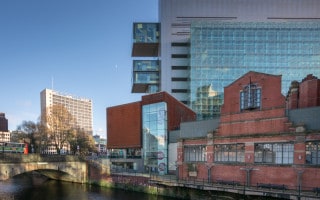 Tells the extraordinary story of ordinary people and how they changed the world. 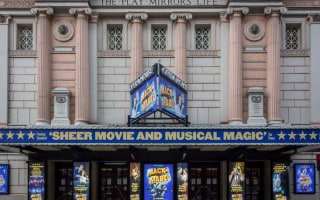