It is situated on Lord Sheldon Way in Ashton, near Notcutts Garden Centre (Ashton Park) and the Car People.

There’s a park-and-ride car park here with space for 200 vehicles. Parking is free for Metrolink passengers.

Adjacent stops on the line are Audenshaw and Ashton West.

Passenger facilities at Ashton Moss Metrolink are summarised below.

Places to shop near Ashton Moss Metrolink Tram Stop include: 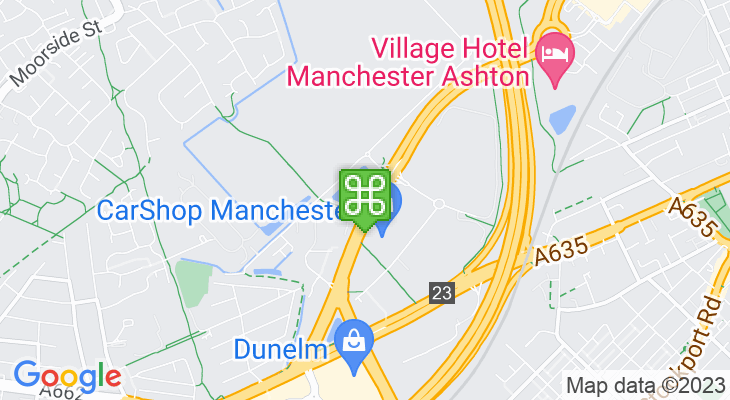