Central Park is one of the most impressive stops on the Metrolink network. It features a magnificent curved copper canopy roof with a lens-shaped section of glazing, all supported by tension cables. It’s a striking example of modern transport architecture.

The stop serves Central Park, a business park in the Newton Heath area of Manchester. Businesses and organisations based here include Fujitsu and Greater Manchester Police (GMP). GMP has two large buildings here. One houses the headquarters of the entire force while the other is home to the GMP North Manchester Division.

Central Park Metrolink Tram Stop is served by the East Didsbury - Rochdale Town Centre Service and the East Didsbury - Shaw and Crompton Service (Monday to Saturday daytime). There are direct trams to destinations such as Manchester city centre, Oldham, and Rochdale.

Facilities include lifts to the platforms and cycle stands. There is no car park at the Metrolink stop itself.

Adjacent stops are Monsall and Newton Heath and Moston. The travelling time to Victoria Metrolink in Manchester city centre is just five minutes.

Passenger facilities at Central Park Metrolink are summarised below. 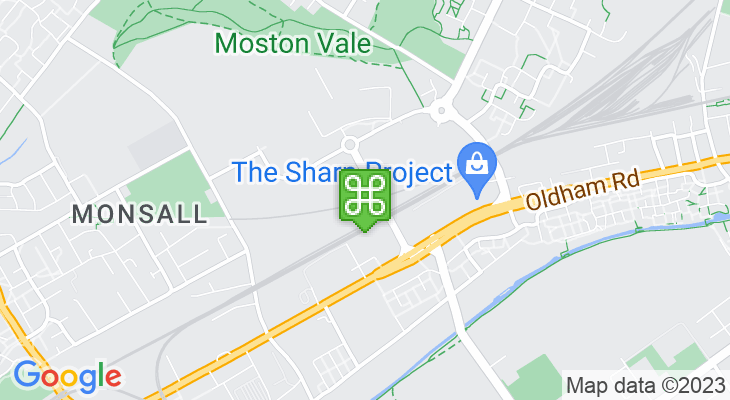 Metrolink stop in the Newton Heath area of Manchester.