This Metrolink station is one of three serving Didsbury, Manchester (the others are Didsbury Village and West Didsbury). It is served by the East Didsbury to Rochdale Town Centre Service.

East Didsbury Metrolink Station is situated at the junction of Kingsway and Parrs Wood Lane. The Parrs Wood Entertainment Centre (home to Cineworld Didsbury) and Parrs Wood High School are just south of the station.

There’s a park-and-ride car park here with spaces for over 300 vehicles. Parking is free for Metrolink passengers.

East Didsbury Train Station is just a short walk away.

Passenger facilities at East Didsbury Metrolink are summarised below. 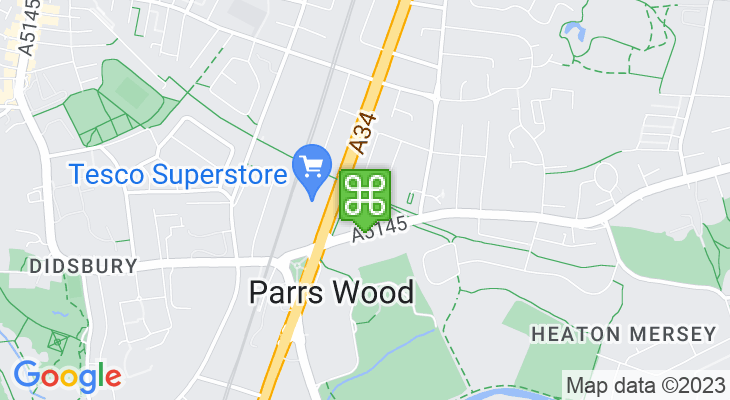 The closest Metrolink station to The Christie.