Here are some more photographs of Heaton Park in Manchester. The full review of the park can be found here.

My daughter loved the Animal Centre. It is free entry and children can pet the animals. There are pigs, goats, rabbits, peacocks, and more.

The Northern Play Area is one of two children’s playgrounds at Heaton Park. It boasts a huge slide.

Heaton Park Tramway is a heritage tramway run by the Manchester Transport Museum Society. They currently have three electric trams running on a stretch of track from the Boating Lake to the park entrance on Middleton Road.

Heaton Park has two cafes; the Stables and the Pavilion. Stables is located near the Animal Centre while the Pavilion is by the Boating Lake. Both offer freshly prepared hot and cold food, made with ingredients sourced from producers based in North West England.

They are operated by EAT Pennines, the team behind the Eagle and Child in Ramsbottom.

Heaton Hall is a Grade I Listed Building at the centre of Heaton Park. At the time of our visit it was undergoing restoration work and closed to the general public. A notable feature is the ha-ha, a wall used to keep grazing animals away from the formal lawns. The wall is sunken so it is not visible from the home.

These ornamental gardens were laid out in the 19th century as a peaceful space for the family that lived in Heaton Hall. Entrance is via a cave-like tunnel. 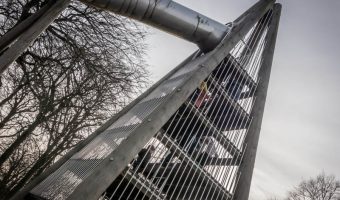 Manchester’s biggest park. Lots of things to see and do. 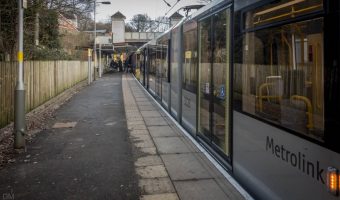