Wigan is a town and metropolitan borough in Greater Manchester, England.

The current population of the Metropolitan Borough of Wigan is 330,700. It is the second most populated borough of Greater Manchester.

Wigan is the largest settlement in the borough and its administrative centre. Wigan Council is the local authority.

The population of Wigan grew rapidly during the Victorian era. It was a major centre for textile production and coal mining.

The Leeds and Liverpool Canal passes through Wigan and Leigh. Wigan Pier, a wharf on the canal, was made famous by George Orwell’s book, The Road to Wigan Pier. The book is his account of the social injustice, slum housing, and poor working conditions endured by the working-class population of towns in northern England in the 1930s.

Pennington Flash, a large lake formed by mining subsidence, is now one of the most beautiful nature reserves in North West England.

According to data from the UK's Office for National Statistics (ONS), the current population of Wigan is 330,700.

The table below details population statistics for Wigan over the past few years, split by age group.

This represents a population growth rate of 3.96%.

In 2020, 62,000 children lived there, which was 18.75% of the total population. The percentage of children living in Wigan in recent years has been falling.

In 2020, 205,300 adults lived there, representing 62.08% of the total population. The percentage of adults living in Wigan in recent years has been declining.

There are currently more females than males in Wigan.

Population statistics by gender for Wigan between 2011 and 2020 are shown in the table below.

The census is a valuable source of information about the UK, providing statistics on population sizes and social trends.

The census data provides a detailed view of the UK. The census data is used by the government to plan and deliver public services, develop regulations, and allocate funds.

The data from the 2021 Census for England, Wales, and Northern Ireland will be released in summer 2022.

The census before this took place in 2011. Data about Wigan is below.

As of today, the most recent published UK Census data was for 2011. Results of the 2011 United Kingdom Census showed that the total population of Wigan was 317,849.

Wigan covers an area of 18,819 hectares. The population density was 16.89 persons per hectare.

Wigan has a higher percentage white population than the average for England (85.42%).

Asians were the second-largest ethnic group in Wigan. 3,519 (1.11%) of the population identified as Asian.

Wigan has a lower percentage Asian population than the average for England (7.82%).

Wigan has a higher percentage Christian population than the average for England (59.38%).

Muslims were the second-largest religious group in Wigan. 2,162 (0.68%) of the population identified as Muslim.

Wigan has a lower percentage Muslim population than the average for England (5.02%). 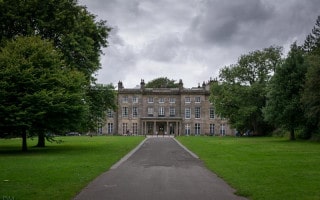 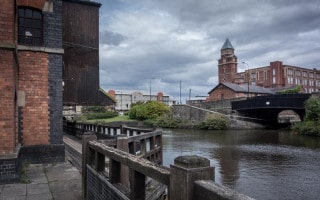 Area made famous by George Orwell. Currently being redeveloped as the Wigan Pier Quarter.