The Comedy Carpet is Blackpool’s most famous work of public art and one of the largest in the UK.

Sitting in the shadow of Blackpool Tower, the giant engraving features the jokes, catchphrases, and songs of the country’s most cherished comedians and entertainers.

The work incorporates more than 160,000 individual granite letters, set in over 300 concrete slabs. The phrases vary in size, with some legible from the top of the tower.

The Comedy Carpet was created by artist Gordon Young and design studio Why Not Associates. Young’s other works in North West England include various sculptures on Morecambe Promenade.

The Comedy Carpet is part of the Tower Festival Headland, a large event space on Blackpool’s seafront. The sculpture was unveiled by Ken Dodd in 2011.

Other works of public art in Blackpool include those at the Great Promenade Show, near Blackpool Pleasure Beach. 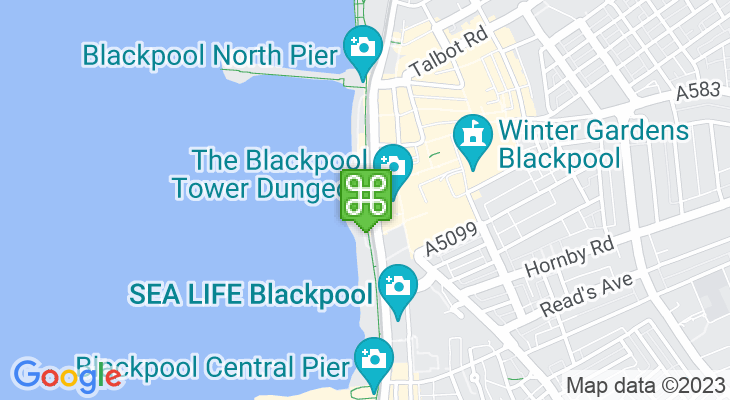 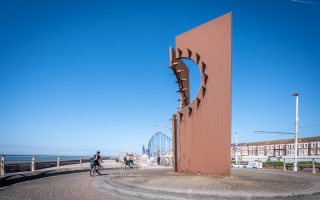 Comtemporary works of art on the Promenade. 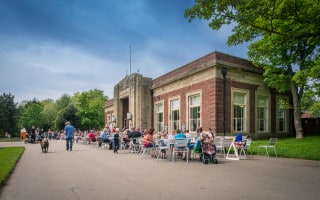