It stands in a prominent location on the Promenade as a tribute to the town’s most famous son. It was unveiled by the Queen in 1999.

The bronze sculpture features the comedy legend in his classic Bring Me Sunshine pose; one hand raised and a leg cocked.

The statue is 6 feet 6 inches high, much taller than his real life height of 5 feet 10 inches. Eric was a keen birdwatcher and there is a pair of binoculars around the statue’s neck.

The area around the statue, the Eric Morecambe Stage, contains numerous catchphrases plus the names of every guest that appeared on the Morecambe and Wise Show. It was designed by Graham Young. Bronze seagulls, by Shona Kinloch, are perched on the surrounding rocks. The statue and associated works form part of The Tern Project.

In October 2014 the statue was damaged when a man sawed through the right leg during a botched attempt to steal it. The 32-year old thief was arrested and sectioned under the Mental Health Act. Ibbeson restored the statue and it was reinstalled in December 2014.

Other works by Graham Ibbeson in North West England include a statue of Laurel and Hardy in Ulverston and one of Les Dawson in Lytham St Annes.

Graham Young also has many works in the region, typically incorporating typographic elements. They include the Comedy Carpet in Blackpool and the Cursing Stone and Reiver Pavement in Carlisle. 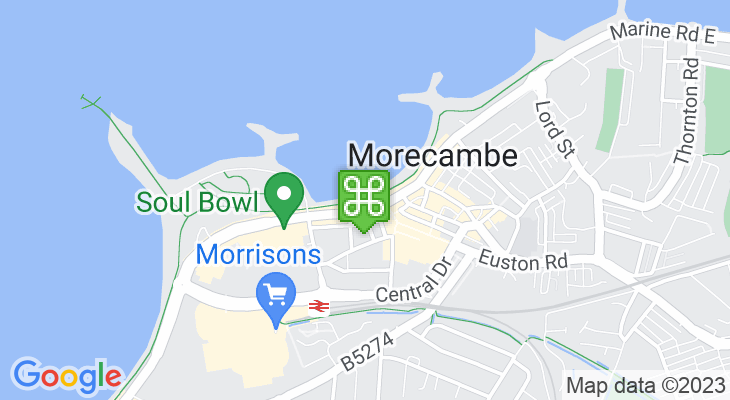 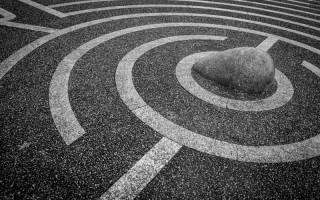