Haigh Hall was built in the mid-19th century and was once the home of the Earl of Crawford and Balcarres. It was sold to Wigan Council in 1947.

Haigh Woodland Park is a great place for a family day out. The former stable blocks, Haigh Kitchen Courtyard, house a cafe, local businesses, and toilets.

The adventure playground is one of the best in North West England. It boasts a great collection of climbing frames, swings, rope bridges, and a zip wire. The more adventurous can try the adjacent Haigh High Ropes (paid).

Serious and not-so-serious golfers will not be disappointed here. In addition to an 18-hole golf course, the park also boasts an adventure golf course and a crazy golf course.

The park offers plenty of open spaces, a walled garden (Walker Gardens), picnic areas, and an arboretum. There are also large areas of woodland with beech, sycamore, birch, horse chestnut, and oak trees. Details of waymarked trails through the park can be found on the official Haigh Woodland Park website (see information box at the bottom of this page).

One of the nicest features of the park is the Haigh Hall Miniature Railway. The 15 inch gauge railway is one of the best in North West England. The train travels along a route over one mile long, through woodland and gardens, and boasts covered carriages with pretty comfortable seats.

Another attraction is the Model Railway. This sit-on train is operated by the Wigan and District Model Engineering Society. The track is around one third of a mile long.

Haigh Woodland Park is situated around 2 miles north east of Wigan town centre. Drivers with satellite navigation systems can use the postcode WN2 1PE to find it. There’s a large car park near the main entrance. Parking charges at the time of writing (May 2020) are £1.50 for up to 90 minutes and £3 for all day. There is no parking fee for stays less than 30 minutes.

Buses going to Haigh Woodland Park include the 575 and 576. Both services depart from Wigan Bus Station for Bolton Interchange. Get off the bus on St David’s Crescent. From here it’s a 15 minute walk down Haigh Road and then Copperas Lane to reach the entrance.

The nearest train stations to Haigh Woodland Park are Wigan North Western and Wigan Wallgate. Both of these stations are situated around two miles away in Wigan town centre.

It’s also possible to reach Haigh Woodland Park on foot. Start from Wigan Pier and walk along the towpath of the Leeds and Liverpool Canal. 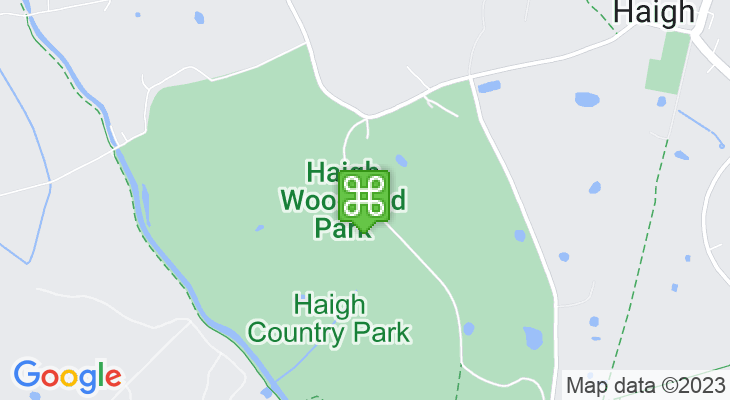 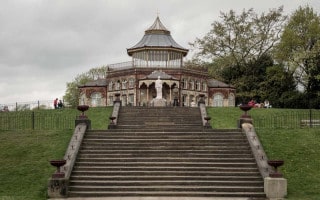 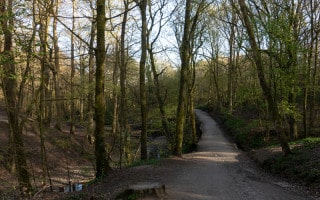 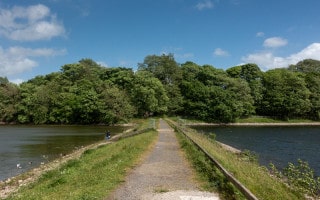 Country park in Standish, near Wigan. Great for walking, birdwatching, and angling.