A cold day at the end of March was perhaps not the best time to experience all the joys of Heaton Park, but nevertheless my daughter and I decided a trip there was long overdue.

We travelled quite late in the afternoon, which in hindsight was a bad idea. The park covers over 600 acres and is Manchester’s largest park and open space. There are a lot of things to see and do here and only a full day would really do it justice.

We drove to the park and were had planned to enter via the St Margaret’s Road entrance and pay to use the car park. However, there were plenty of free street parking spaces near the entrance so took one of these instead. If it were a hot summer day I suspect we may have had to use one of the official car parks.

After parking the car we walked to the St Margaret’s Road gate and entered the park. On entering the park you’ll see an impressive modern building on the right. This is actually Heaton Park’s bowling clubhouse; a legacy of the 2002 Commonwealth Games. To the left is Heaton Park Reservoir. The water here supplies the homes of Manchester but actually comes from Haweswater in the Lake District via an 80-mile aqueduct.

It wasn’t long before we reached the Northern Play Area, one of two dedicated children’s playgrounds at Heaton Park. My daughter’s eyes lit up on seeing the slide. It’s huge and dominates the playground and reminded her of the one at Witton Country Park in Blackburn. She also loved the tightrope walk here, although she failed to achieve a successful crossing.

After half an hour on the playground it was time to head to Heaton Park Animal Centre. It’s a small children’s ‘zoo’ with goats, pigs, rabbits, and the like that children can pet. My daughter was disappointed when Animal World at Moss Bank Park in Bolton closed down and was happy to find a nearby replacement.

After leaving the Animal Centre we came across a fair. This isn’t a permanent attraction and was only there for the month. Admission was free and the rides were fairly cheap. We went on the rollercoaster and must have enjoyed at least twenty loops of the circuit. The operator was either very generous or got side-tracked.

We then made our way to the Boating Lake. Boats can be hired here, but only between April and September. We could only admire the lake and imagine.

It was a Sunday though so Heaton Park Tramway was open. This is a heritage tramway run by the Manchester Transport Museum Society. We jumped on a waiting tram that took us to the park entrance on Middleton Road and back. The conductor informed us that it normally stops at the Tramway Museum. This apparently contains an impressive collection of heritage trams but was closed on the day we visited. According to the conductor this was because ‘everything was in pieces’. He assured us that things would be back to normal the following week. The complete trip lasted about 20 minutes and cost £1.50 for an adult ticket and 80p for a child ticket.

After the tram we made our way back to the car. On the way we made a few short stops to check out some of the park’s other attractions. The first stop was the Southern Play Area, a smaller playground where all the play equipment is carved from wood. Then we had a quick stroll around the Western Pleasure Grounds; 19th century ornamental gardens laid out for the family that lived in Heaton Hall. We grabbed a quick drink in the Stables café and returned to the Northern Play Area where my daughter finally managed to traverse the tightrope walk on her final attempt.

It was now about 6 pm and time to head home. We had been at Heaton Park for almost four hours and didn’t manage to see or experience half the sights here. Heaton Hall was closed for restoration work but with more time we could have visited the garden centre, played bowls or croquet, gone fishing, enjoyed a round of golf or pitch and putt, or toured the park on a Segway. Next time we’ll set off earlier and spend a full day there.

At the time of writing (March 2015) Heaton Park is open daily from 8 am to dusk.

Heaton Park is situated in Blackley in Manchester, just east of Prestwich, and close to Junction 19 of the M60 motorway (Manchester Outer Ring Road).

The park has four car parks. Entrances, nearest attractions, and postcodes to use for satellite navigation systems are shown below.

Heaton Park Metrolink Station is located on the western side of the park.

The nearest train stations are Clifton, Mills Hill and Moston, though none are within walking distance. To travel to Heaton Park by train it is best would be best to travel to Manchester Piccadilly or Manchester Victoria and then take a Metrolink tram.

The Premier Inn Manchester Heaton Park hotel is situated on Middleton Road at the south-eastern corner of the park. The Beefeater Grill is also here.

The park is also the current venue for the Parklife music festival and has hosted large concerts by bands such as Oasis and the Stone Roses.

Each year on bonfire night, Heaton Park hosts one of the best firework displays in North West England. 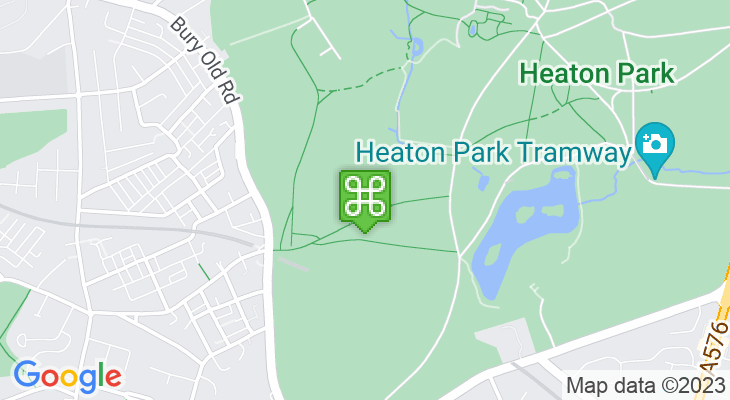 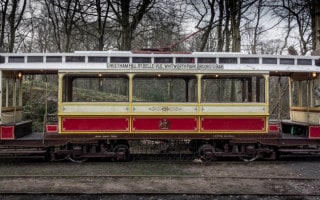 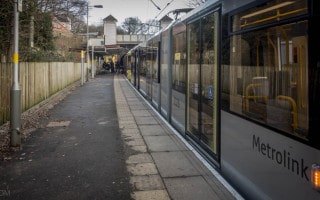