Jumbles Country Park is a country park in the Bradshaw Valley, around four miles north of Bolton town centre.

It opened in 1971 following the construction of Jumbles Reservoir and is owned and managed by United Utilities.

The path around the reservoir is a popular walking trail. There’s no playground here but there is a toilets, and car park. There’s also a café and information centre overlooking the water.

The reservoir is fed by Bradshaw Brook, which also feeds both the Turton and Entwistle Reservoir and the Wayoh Reservoir to the north.

Ousel Nest Meadows lie to the south of the reservoir. The area takes its name from the old English word for a blackbird. The woodland here is home to birds such as the jay, sparrowhawk, grey heron, and kestrel. Foxes and roe deer can also be seen here.

Jumbles Country Park is situated between Chapeltown and Bromley Cross. The main car park is just off Bradshaw Road. The official postcode is BL2 4JS, although on some sat nav systems BL2 4JP works better. When driving from Bolton look for the brown tourist sign or the sign for the Park Fold Farm bed and breakfast, camping, and caravan site.

The car park is pay-and-display. However, at the time of our visit the machine was broken and parking was free.

Bromley Cross Train Station is around ¼ mile from the southern end of the park. There are regular services to here from Clitheroe, Blackburn, Darwen, Bolton, and Manchester Victoria.

Turton Tower, a 16th century manor house, lies just to the northwest of the park.

Restaurants and places to eat and drink near Jumbles Country Park include:

Hotels near Jumbles Country Park include: 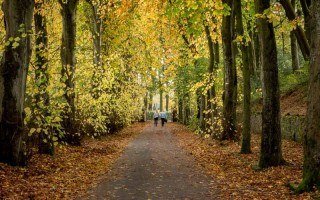 Easy walk around the reservoir at Jumbles Country Park. 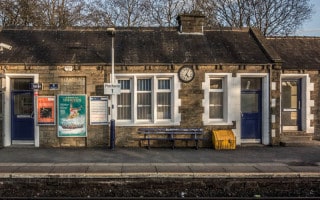 Train station in the Bromley Cross area of Bolton. 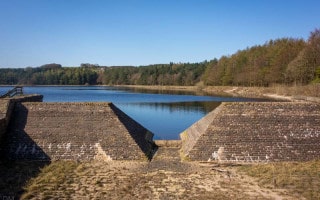 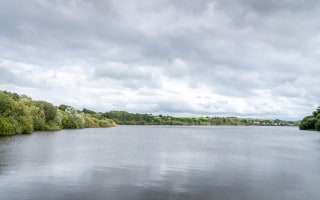 Reservoir near Edgworth. Built in 1876 to supply water to Bolton. 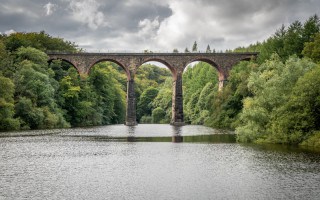