Lowther Gardens is the oldest park in Lytham and is home to the Lowther Pavilion, the only theatre in the borough.

At the centre of the gardens is a Victorian lily pond. In 2003 Lytham in Bloom commissioned sculptor Colin Spofforth to create a life size bronze sculpture of a traditional River Ribble shrimper. The statue, dressed in late 19th century clothing and with shrimping basket and net, was unveiled by Lytham’s last remaining full-time shrimper in November 2003. Spofforth also created the bronze sculptures of children at the nearby Cypress Point housing development.

Another interesting feature in here is the Cobble Clock, unveiled in 2006 to mark the 100th anniversary of Lowther Garden’s status as a public park. It was designed by Maggy Howarth of Cobblestone Designs, who also created the Paradise Garden mosaic in Lytham town centre.

In 1872 John Talbot Clifford of Lytham Hall developed 13 acres of an area of grazing land known as Hungry Moor into Lowther Gardens. They were named after his wife, Lady Eleanor Cecily Clifton (nee Lowther).

In 1905 his son gave the park to the public. In 1921 Fylde Borough Council built the Lowther Pavilion and in 1929 added the tennis courts and bowling greens.

Tourist attractions and things to do near Lowther Gardens include:

Hotels near Lowther Gardens include:

Train stations near Lowther Gardens include: 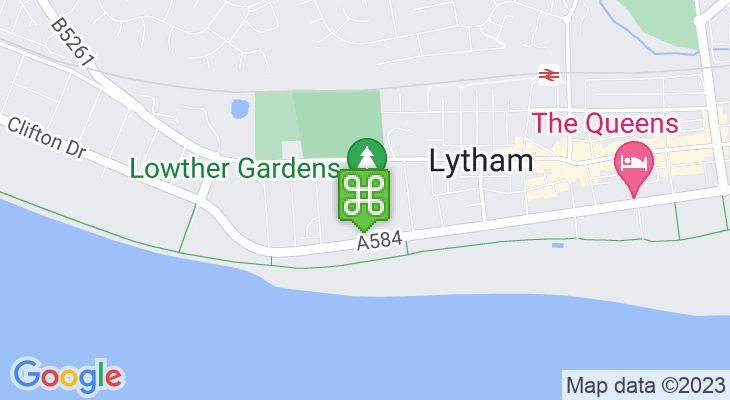