Lymm Dam is situated near Lymm in Cheshire. It was built in 1824 to carry a road from Warrington to Stockport. This is now the A56.

Construction of the dam resulted in valley flooding and creation of a lake. The dam, lake, and surrounding woodland are now a country park popular with families and dog walkers.

The woods here are teeming with woodland birds and wildlife. On the water you will see waterfowl such as ducks and swans.

Paths run right around the lake and are generally in good condition. The main path forms part of the Lymm Heritage Trail.

Facilities include picnic tables and benches. Information panels around the park cover subjects such as the history of the dam, the geology of the area, and wildlife. There is usually a van on the road above the dam selling drinks and snacks.

Lymm Dam is located on the A56, just south of Lymm, near Warrington in Cheshire.

The car park is situated on Crouchley Lane, just east of the dam (postcode WA13 0AS). Parking is free.

Visitors can also park on the dam/A56. 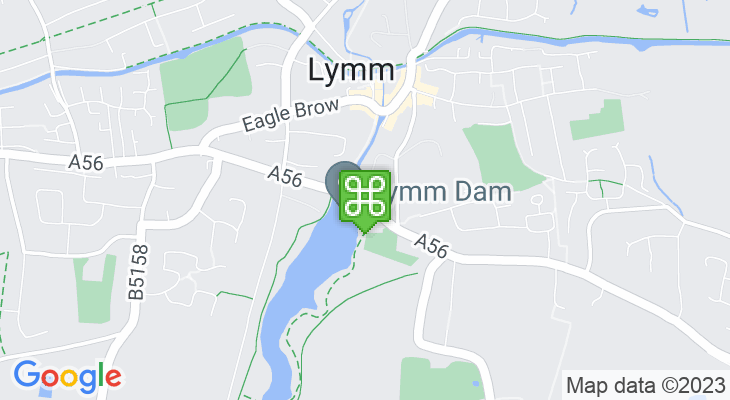 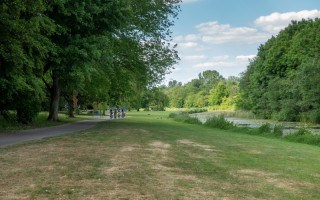 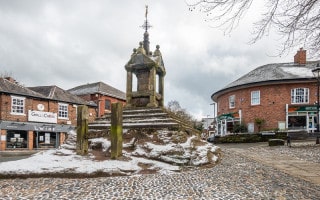 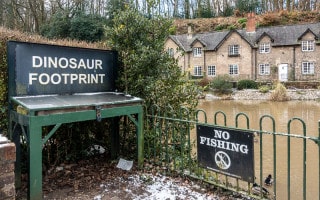 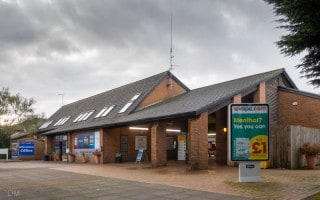