In the early 1990s Morecambe’s sea walls and Promenade were in dire need of repair and the town’s tourism industry was suffering. Lancaster City Council successfully applied for substantial government funding to help solve both problems.

The solution was a massive civil engineering to reconstruct the sea walls and Promenade, at the same time incorporating public works of art into the structures.

As much of the public art was themed around Morecambe’s birdlife, the reconstruction work was named The Tern Project.

The Tern Project has seen numerous piece of public art incorporated into structural improvements to the Promenade, sea defences, and elsewhere in the town centre.

The Stone Jetty, originally built as a cargo wharf, is one of the highlights of the regeneration programme. Artists such as Russell Coleman, Gordon Young and Brian Fell created numerous pieces here including Compass, Mythical Bird, Maze, Magpie Hopscotch, and Cormorants. The Stone Jetty is one of the best places in town to view the magnificent sunsets over Morecambe Bay.

The statue of Eric Morecambe is the scheme’s most famous piece of art. The surrounding area is engraved with the words of the song Bring Me Sunshine and the names of celebrities who appeared on the Morecambe and Wise Show. Visitors come from all over the country to pose for a photograph with ‘Eric’.

Other works include the Rock Islands bird sculptures at traffic roundabouts by Brian Fell and Gordon Young, and the Bird Fence by David Kemp.

The Tern Trail is a self-guided tour of The Tern Project that takes in most of the sculptures. It starts and finishes at the Morecambe Visitor Information Centre. Trail leaflets can be picked up from the tourist office.

The West End Gardens is a public park running along the Promenade from Regent Street to Alexandra Road. It features several children’s play areas, water fountains, picnic tables, a café, and several pieces of public art.

In April 2007 ancient byelaws prohibiting cycling on Morecambe Bay were lifted. A traffic-free cycle path runs the length of the Promenade from Heysham to Hest Bank.

The iconic Art-Deco Midland hotel reopened in 2008 after being refurbished by Tom Bloxham’s Urban Splash. 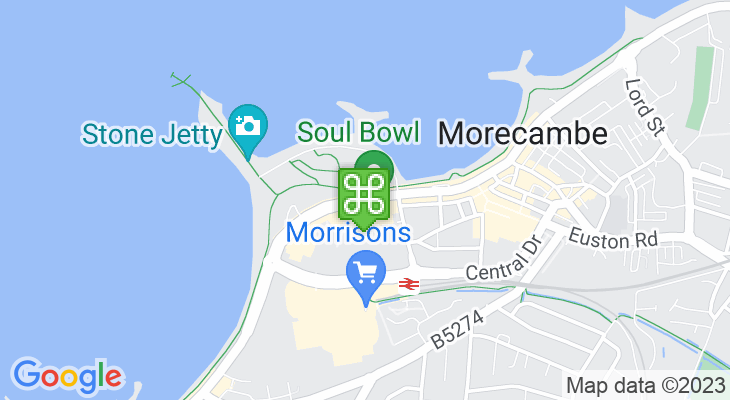 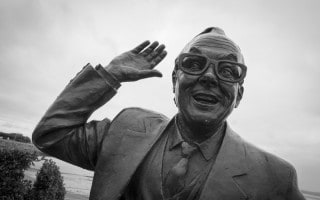