Parrs Wood is an entertainment complex in Didsbury, Manchester. Unlike most venues of this type in the region it doesn’t have a retail element and is purely geared towards leisure and dining.

Places to eat and drink include Wagamama and Nando’s.

Just to the north of the centre there’s a budget hotel (the Travelodge Manchester Didsbury) and a family-friendly pub (Barlow Croft).

Parrs Wood Entertainment Centre is open every day of the week and can be found on Wilmslow Road, just east of the centre of Didsbury. Patrons enjoy free parking on the large car park located at the southern end of the complex.

Those travelling by public transport enjoy a range of options for getting there. East Didsbury Metrolink Station opened in 2013 and is just a few hundred yards north of Parrs Wood. East Didsbury Train Station is also nearby. There’s also a bus stop right outside the centre with frequent services to Manchester city centre.

Restaurants and places to eat and drink near Parrs Wood Entertainment Centre include: 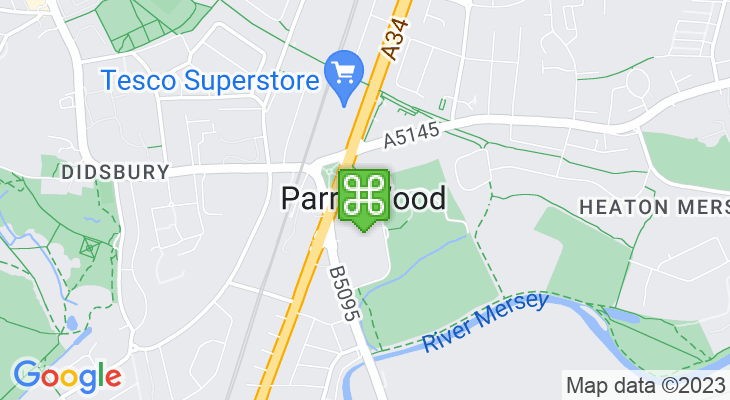 11-screen cinema at the Parrs Wood Entertainment Centre in Didsbury.