The village of Ribchester was originally established as a Roman auxiliary fort Bremetennacum Veteranorum around 72 AD during the reign of Emperor Vespasian and the governorship of Gnaeus Julius Agricola. The fort was active for around 300 years.

It was first built of timber and earth but was rebuilt using stone around 100 AD. The fort was home to cavalry troops whose purpose was to keep the local population under control. The first unit of troops stationed here was an ala (foreign conscript unit) of 500 cavalrymen from Spain, the Asturians. They were replaced at the end of the second century by a unit from Hungary, the Sarmatians.

Today, little remains of the fort and vicus (surrounding civilian settlement) other than portions of the granary and bathhouse, but visitors can explore the history of the area at the Ribchester Roman Museum.

The museum was founded in 1915 by Margaret Greenall of the famous brewing family. Situated next to St Wilfrid’s Church and the excavated remains of the granaries it houses many of the finds from the Roman fort.

The museum is open on weekdays from 10 am to 5 pm. Opening times at weekends are noon to 5 pm. Entry for adults costs £3 for adults, £2.50 for seniors, and £1.50 for kids. Children aged 5 and under enjoy free admission.

Ribchester Roman Museum is situated at the southern end of Ribchester, on the banks of the River Ribble and next to St Wilfrid’s Church. To drive there leave the M6 motorway at Junction 31 and take the A59 towards Clitheroe. After 6½ miles turn left onto the B6245 and on reaching the village follow the brown tourist signs marked ‘Roman Museum’. Car parking is available on Ribchester’s visitor pay-and-display car park (around ¼ mile from the museum) and on St Wilfrid’s Church car park (small donation required).

More Roman relics can be seen at the White Bull pub in the village. The pillars at the entrance to the 18th century pub are thought to have been taken from the Roman fort and the beer garden offers a great view of the excavated remains of the Roman bathhouse. 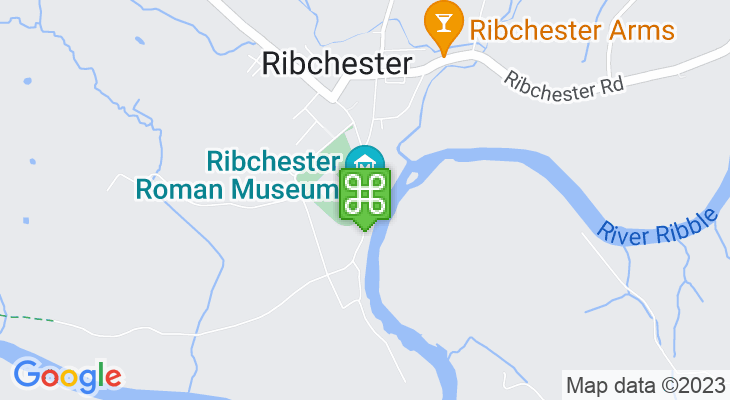