This train station serves Ainsdale, a village to the south of Southport. It lies on the Southport branch of Merseyrail’s Northern Line. Trains go north to Southport and south to Hunts Cross via Liverpool Central.

Ainsdale Train Station is located on Station Road in Ainsdale (postcode PR8 3HJ). Facilities include a ticket office, cycle storage, and shelter. There’s also a car park with spaces for around 50 vehicles. Parking is free for rail passengers.

Pontins Southport Holiday Park is just over ½ mile from the station. 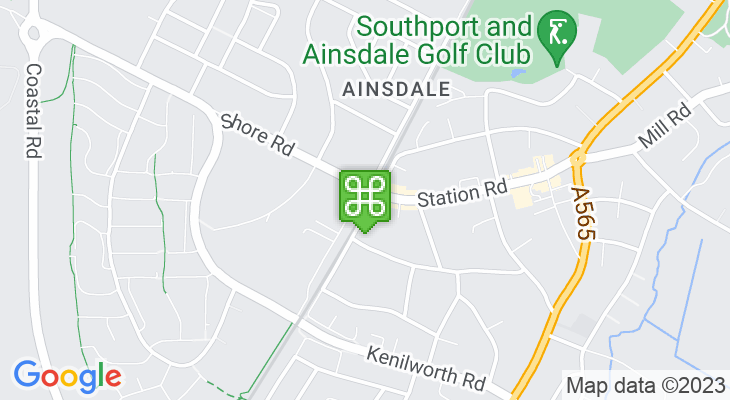