Bank Hall is one of a handful of train stations in Kirkdale, a district just north of Liverpool city centre. It lies on the Northern Line of the Merseyrail network.

Services calling at the station are trains from Hunts Cross to Southport (via Liverpool Central and Moorfields).

Bank Hall Train Station is situated on Bankhall Street (postcode L20 8BX). The immediate area is predominantly industrial and it is one of the less used Merseyrail stations.

The station has a ticker office and shelter. There’s no car park but street parking is available nearby. 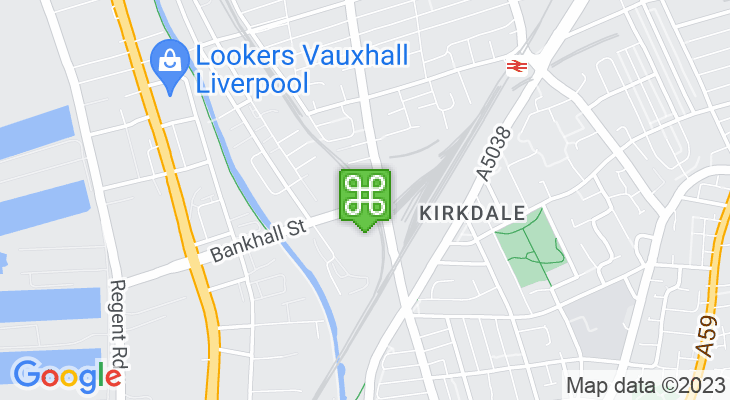