Blackpool North is the busiest of four stations in the Blackpool area and the terminus of a branch line running from Preston via Poulton-le-Fylde.

The other stations serving the town are Blackpool South, Blackpool Pleasure Beach, and Squires Gate. These stations are on a different line, running from Preston to Blackpool via Lytham and St Annes-on-Sea.

The station is situated on Talbot Road in the North Shore area of Blackpool. There’s a taxi rank and drop-off zone right outside the station plus a small car park (fees apply). To find Blackpool North Station with your satellite navigation system, use the postcode FY1 2AB.

Blackpool North is not currently connected to the Blackpool Tramway, although an extension to the station is due to be built in the next few years. Until then the nearest stop is North Pier, approximately 1/3 mile from the station. 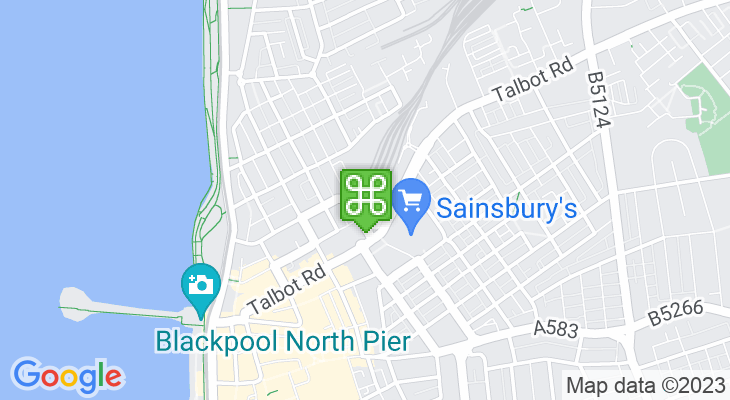