Chester Train Station is a busy station serving the historic city of Chester. It was built in the mid-19th century and is a Grade II listed building.

It is served by both intercity and regional trains. Intercity trains include services to London Euston (via Crewe), Cardiff Central, and Birmingham International.

The station is part of the Merseyrail network and is on the Wirral Line. There are direct trains to stations such as Bromborough, Birkenhead Central, Liverpool Lime Street, Liverpool Central, and Liverpool James Street.

The station is located roughly ½ mile north east of Chester city centre. Buses to the centre leave from outside the station at regular intervals and fares are reasonable. There’s also a black cab taxi rank outside the main entrance.

There are two long-stay car parks close to the station. Fees apply for both. There’s a designated area in front of the entrance for picking up and dropping off passengers. Parking is free here but is limited to 20 minutes. To find the Chester Train Station using satellite navigation systems use the postcode CH1 3NS. 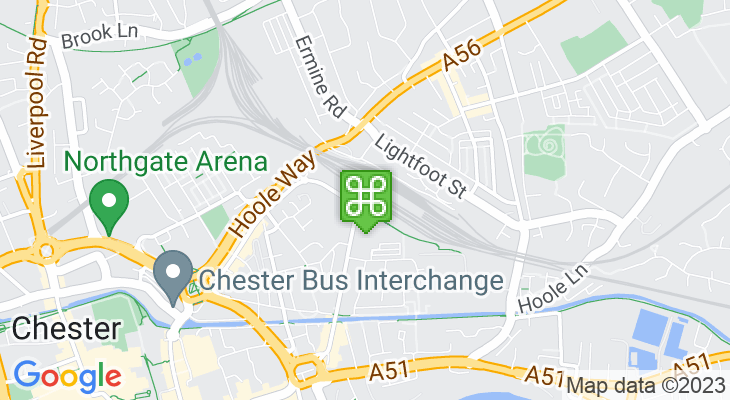