This train station serves the delightful Lancashire market town of Clitheroe and is on the Ribble Valley Line.

Most trains travel between Manchester Victoria and Clitheroe. Stops on the way include Bolton, Blackburn, Langho, and Whalley.

The station has two platforms, a ticket office, and a couple of shelters. The former station building is now occupied by the Platform Gallery, a public art gallery. There’s no buffet at the station itself but the site of the old goods depot is now occupied by a Booths supermarket.

Clitheroe Train Station forms part of the Clitheroe Interchange. Buses depart from stands outside the station for destinations such as Chatburn, Chipping, Dunsop Bridge, Longridge, Preston, Ribchester, Sawley, and Whalley.

Clitheroe Train Station is located on Railway View Road (postcode BB7 2HE) at the eastern end of the town. Clitheroe Castle can be reached on foot in less than five minutes.

There’s a park-and-ride car park on Chester Avenue, just north of the station. 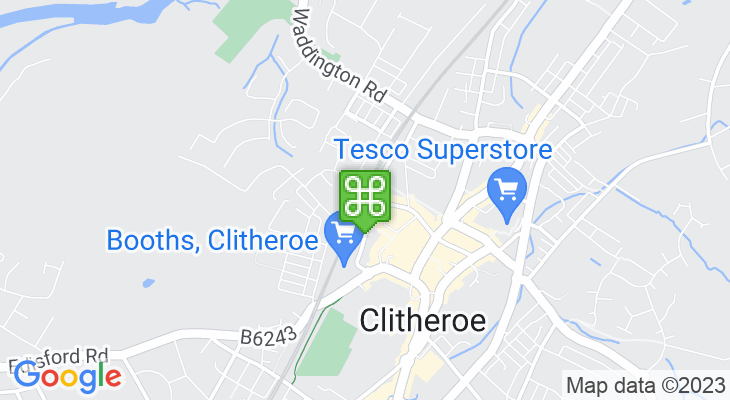