The station is fairly basic with just a few facilities such as a ticket office and waiting room, shelter, and a small car park.

East Didsbury Train Station is located on Wilmslow Road at the eastern end of Didsbury. Parrs Wood Entertainment Centre is just across the road and offers an 11-screen cinema, bowling alley, restaurants, and more. 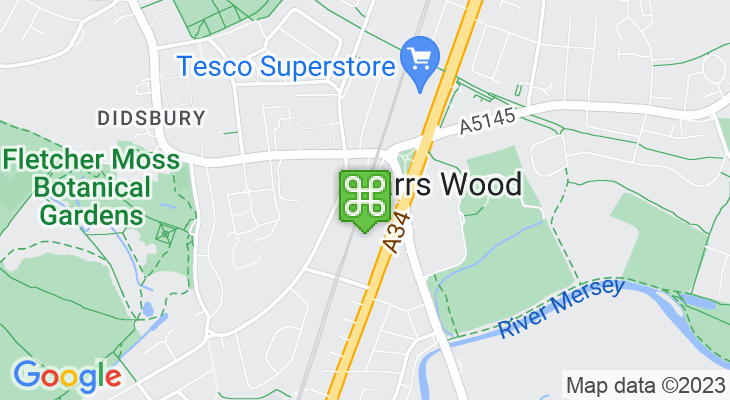