Addresses, postcodes, and maps for popular destinations in Warrington are listed below.

The postcodes provided can be used with satellite navigation systems to plan your journey. 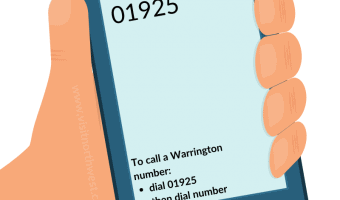 Find out how to dial a telephone number in Warrington.