Darwen is a small market town just south of Blackburn. It developed as a centre of textile manufacturing during the Industrial Revolution and now has a population of around 28,000.

One of the most recognisable sights in Darwen is the Italian-style brick chimney of the India Mill. Standing at just over 300 foot tall, legendary Bolton steeplejack and TV star Fred Dibnah described it as ‘one of the best chimneystacks in all of England’. The mill building itself has been redeveloped as a business centre.

Another famous landmark is Jubilee Tower. Known to Darreners as Darwen Tower, it is perched on the top of Beacon Hill and was built in 1898 to commemorate the Diamond Jubilee of Queen Victoria. Visitors can climb to the top of the 85 foot tower and using the plaques at the top make out much of the Lancashire landscape, including Blackpool Tower and Morecambe Bay.

Darwen Library Theatre is the town’s theatre and offers a year-round programme of theatre, music and comedy. It is also one of the venues for Darwen Live, a three-day music festival held each year at the end of May.

Sunnyhurst Wood is a fantastic country park lying in a wooded valley rich with bird and plant life. It’s a beautiful setting for family walks and picnics and also boasts a small visitor centre/art gallery. Bold Venture Park features a children’s playground and a sculpture trail. It’s also a good starting point for a walk to Darwen Tower.

Services from Darwen Train Station include trains to Clitheroe, and Rochdale.

The town lies on the A666, linking it directly to Blackburn and Bolton. There are several free car parks in Darwen town centre.

The closest motorway junction is Junction 4 of the M65 (the motorway linking Blackburn, Burnley, Darwen, and Preston). Blackburn with Darwen Services is also here. 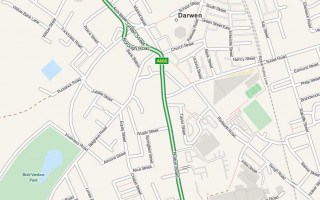 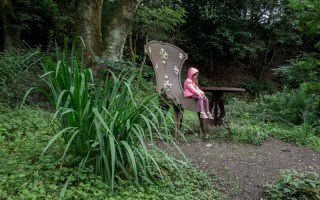 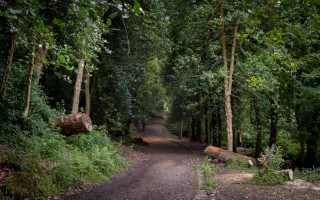