No visit to Chester would be complete without a trip to Chester Zoo. Set in 110 acres of award-winning zoological gardens and with more than 7,000 animals it is the UK’s number one zoo. Must-sees include the Spirit of the Jaguar, the world’s biggest jaguar enclosure, and the Tsavo, home to the zoo’s rare black rhinos. Visitors can take a trip on the overhead monorail or the waterbus for a unique view of the animals.

A good way to get acquainted with Chester is to take a leisurely walk along its famous city walls. This will take you past many attractions including the magnificent Eastgate Arch, the Nine Houses, and the Roman Garden.

Chester Cathedral is more than 1,000 years old and can also be accessed from the city walls. For a small fee visitors can take an audio tour of the cathedral and view its 14th century woodcarvings, magnificent organ, and beautiful stained glass windows.

For a fascinating exploration of Chester’s history from Roman times visit the Grosvenor Museum, founded in the late 19th century by novelist Charles Kingsley. Highlights include a collection of Roman tombstones found buried within the city walls and a Georgian townhouse with rooms depicting typical life in the city from the 17th century onwards.

Cheshire Military Museum is another museum in the city centre. Situated within the former barracks of Chester Castle it tells the story of the county’s army regiments through a series of interactive and visual displays.

Grosvenor Park dates back to Victorian times and is the most popular spot in the city for rest and relaxation. Visitors can picnic on its extensive lawns, stroll along the tree-lined avenues, or enjoy a scenic ride on the miniature railway.

The picturesque River Dee lies just south of Grosvenor Park and offers plenty of attractions and things to do. The Groves is a riverside promenade with a festive atmosphere in the summer months. It boasts refreshment kiosks, restaurants and pubs, and an Edwardian bandstand that hosts live performances. Chester Boat offers a variety of cruises up the river. Rowing boats and pedalos can also be rented here.

Telford’s Warehouse is one of the best places to see live music in Chester. It’s situated within a converted warehouse on the banks of the Shropshire Union Canal and also boasts a restaurant and art gallery. Other live music venues in Chester include Alexander’s at Rufus Court and the Bear & Billet on Lower Bridge Street.

The Cheshire countryside is famous for its sensational gardens and its impressive stately homes. A visit to one should be one everybody’s itinerary.

The county is well known for its black and white half-timbered houses and Little Moreton Hall is the finest. The crooked house, parts of which date back to the 15th century, was one of the locations used in Granada Television’s adaptation of the Daniel Defoe’s Moll Flanders. Notable features include an elaborate Tudor knot garden and its 16th century long gallery. The Grade I listed building is now owned by the National Trust and is situated 3 miles from Congleton.

Arley Hall was completed in 1845 and is currently the home of Viscount Ashbrook and his family. Its gardens are noted for the Herbaceous Border, the first planted in England, the Ilex Avenue, seven pairs of oaks clipped into 8m tall cylinders, and the Rootree, a flourishing rock garden. Both the house and gardens are open to the public between April and October.

Delamere Forest covers over 950 hectares and is the biggest area of woodland in Cheshire. Once a hunting forest for the Earls of Cheshire it is now a popular recreational spot, owned and maintained by the Forestry Commission. It boasts numerous walking and cycling trails, a visitor centre, and the Go Ape high wire adventure course. In the summer months it is one of the venues for Forestry Commission’s series of outdoor concerts.  Past performers have included Simple Minds, The Courteeners, and Erasure. 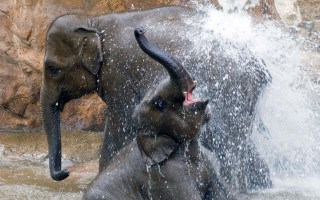 The largest zoological garden in the UK. 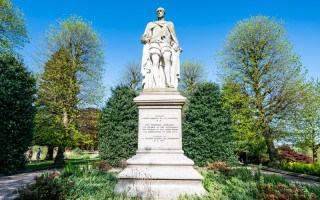