Accrington is an attractive Victorian town, situated between Blackburn and Burnley. It lies within the Hyndburn borough of Lancashire.

In the 18th and 19th centuries it developed as a centre of textile manufacturing and now has a population of around 45,000.

Hotels and places to stay in and around Accrington include:

A memorial in the garden of St James Church on Church Street pays tribute to the members of the 11th Battalion East Lancashire Regiment, better known as the Accrington Pals.

The Pals were perhaps the most famous of the battalions raised at the start of WWI in response to Lord Kitchener’s call for a volunteer army.

Kitchener strongly believed that army units would fight better if comprised of groups of friends or work colleagues. In response to the call, groups of friends from Accrington and other towns in East Lancashire eagerly enlisted, taking only 10 days to form a full battalion.

In their first major action, the Pals suffered devastating losses. Of the 720 men that attempted to attack the German defences at the French village of Serre on April 1 1916, 584 were either killed or wounded in a 30 minute period.

The Haworth Art Gallery stands in 9 acres of attractive parkland just south of Accrington town centre. It is best known for its display of Tiffany glass, the largest collection in Europe. Other items in its permanent collection are 18th and 19th century oil paintings, including works by John Frederick Herring and Lord Leighton. Admission to the gallery is free. Oak Hill Park, the town’s major public park, is just a short walk away.

Accrington also boasts a small leisure park, the Viaduct. It is home to a 4-screen Vue cinema. The Accrington 1st Bowl tenpin bowling alley was also here but closed in 2013.

Accrington Stanley, the town’s professional football club, plays their home fixtures at the Crown Ground on Livingstone Road. They achieved cult status after being featured in a 1980s TV advert for milk.

In June, the Accrington Food and Drink Festival (previously the Lancashire Food Festival) features cookery demonstrations from renowned chefs plus exhibitors showcasing the finest produce from Lancashire and beyond.

The main shopping centre in the town is the Accrington Arndale. This low-rise shopping mall opened in 1987 and houses around 50 shops, a mixture of high street names and local businesses.

Accrington Market is one of the finest in the UK. The Victorian-era building features a magnificent glass roof and ornate cast iron frame. A £2 million refurbishment of the Grade II listed structure, completed in 2010, opened up the balcony to new shops and art studios.

Eastgate Retail Park, in the town centre, is home to stores such as Pets at Home and Iceland.  The Peel Centre Hyndburn, between Blackburn and Accrington, features shops such as Currys, PC World, and Sofaworks.

Accrington’s new eco-friendly train station opened at the end of 2010, replacing its crumbling predecessor. The other train stations in Hyndburn are Rishton, Church and Oswaldtwistle, and Huncoat.

The town is also set to get a new bus station. Work on the new transport facility began at the beginning of 2015. The station is being built on the site of the Crawshaw Street car park, replacing the bus station on Peel Street. It is one of the major components of the Pennine Reach scheme, a project to improve public transport between Accrington, Darwen, and Blackburn. The station is scheduled to open in 2016.

Accrington is served by Junction 7 of the M65 motorway. The nearest service station is Blackburn with Darwen Services (at Junction 4). 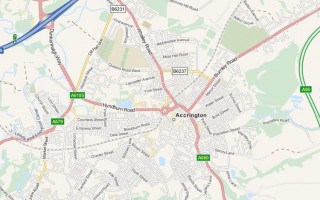 Our map of Accrington shows the exact locations of hotels and other points of interest in this Lancashire town. 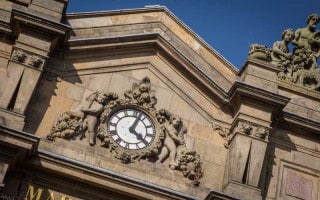 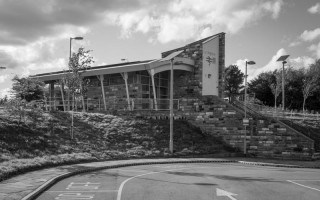 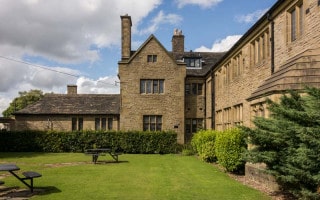 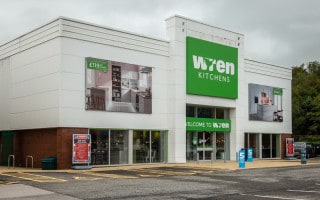 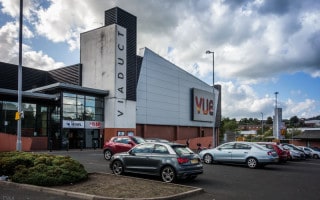