The Grosvenor Museum is an award-winning attraction that offers an interesting insight into Chester’s rich and varied history. The museum opened in 1886 and is named after the Grosvenors, a wealthy family that provided a significant proportion of the funds to establish it.

The Newstead Roman Gallery explores the history of the Romans in Chester. Models of the principia and the amphitheatre give visitors an insight into what the city would have looked like in Roman times. Also on display is a replica of a Roman military diploma found at Malpas in 1812. Military diplomas were bronze tablets given to foreign soldiers granting them Roman citizenship after 25 years’ service.

The Webster Roman Stones Gallery houses a large collection of well-preserved Roman tombstones. They were discovered in the 1887, buried within the city walls. Also on display is a replica of an optio’s quarters. Optiones were held the second highest rank in a Roman military century and were responsible for enforcing the orders of the centurion and various administrative tasks.

The Kingsley Natural History Gallery is named after Charles Kingsley, author of The Water-Babies and founder of the Chester Society for Natural Science, Literature, and Art; an organisation that played an important role in founding the Grosvenor Museum. Exhibits here include extensive collections of stuffed birds and mammals, birds’ eggs, butterflies and moths, pressed plants, and minerals. It also includes reconstruction of a Victorian naturalist’s study.

The social history of Chester is explored at Number 20 Castle Street, a Georgian townhouse at the rear of the museum. Rooms here depict life in the city from the 17th century to the 1920s and include mock-ups of a 1900 kitchen, 1920’s day nursery, Edwardian bathroom, Georgian drawing room, Stuart dining room, and Victorian parlour.

The Grosvenor Museum is open 7 days a week. Opening times are Monday to Saturday 10.30 am to 5 pm, and Sunday 1 pm to 4 pm. Entry to the museum is free.

The museum is situated in Chester city centre at the southern end of Grosvenor Street and near Chester Castle. The nearest parking is at the Little Roodee car park on Castle Drive (postcode CH1 1SL). 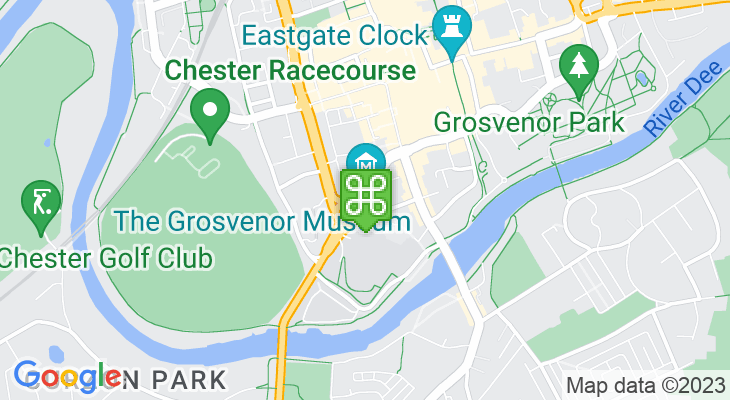