This railway station serves Croston, a Lancashire village situated midway between Chorley and Southport. It lies on the Ormskirk Branch Line, the railway connecting Ormskirk to Preston.

Services from this station include trains to Preston, and Ormskirk.

The station is unmanned with only one platform in use. It has few facilities other than a shelter, benches, and cycle storage. The former station buildings are now a private residence; Station House.

Croston Train Station is situated on Station Road, at the northern end of the village. The station doesn’t have its own postcode but owners of satellite navigation systems can use the postcode PR26 9HL (Station House) to find it.

There’s a small car park adjacent to the station with spaces for around twenty vehicles. Parking is free of charge for rail passengers. 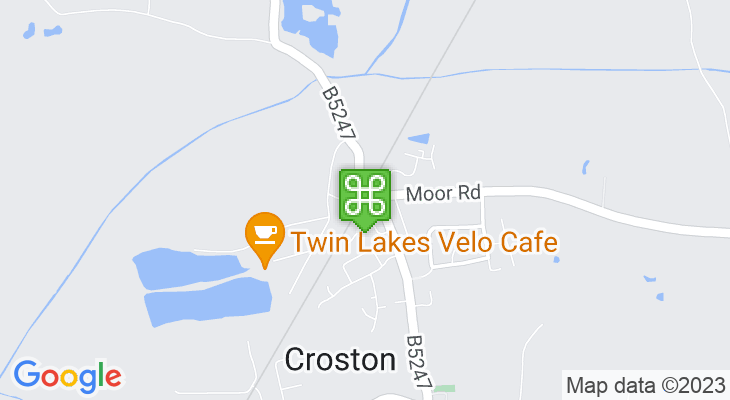