The Atom is a contemporary viewing point at Wycoller in Pendle, Lancashire. It offers great views of Wycoller Country Park and sights such as Pendle Hill.

The capsule acts as both a shelter and viewing point. It was completed in 2006 and designed by Peter Meacock and Architects WCW.

It is made from glassfibre reinforced concrete (GRC), and painted with a metal-based paint.

The interior originally contained a polished steel ball. This was stolen and has not been replaced.

The Atom is one of four Panopticons (viewing points) commissioned by Mid Pennine Arts. The others are:

The winning designs were chosen from entries to a competition held in 2003. It was organised by Mid Pennine Arts in association with the Royal Institute of British Architects (RIBA).

While in the area it is worth taking a stroll down to Wycoller village. It offers a multitude of interesting features including ancient bridges, the ruins of a manor house, and a 17th century barn.

The village is just 1/3 mile from The Atom. The path down to the village is lined with heavy stone slab walls; erected in medieval times to separate cattle fields.

Our walk around Wycoller Country Park includes The Atom.

Wycoller Park’s Haworth Road Car Park is next to The Atom. It is just off Lancashire Moor Road. Use the postcode off BB8 7EH to find it with a satellite navigation system.

Tourist attractions and things to do near The Atom include:

Map showing location of The Atom. 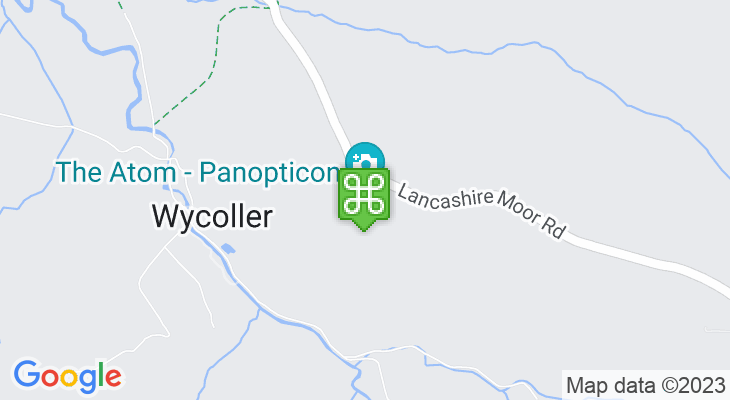 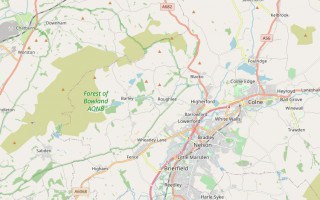 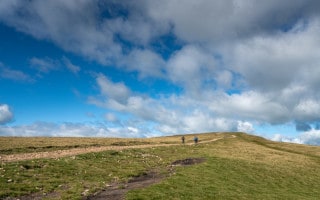 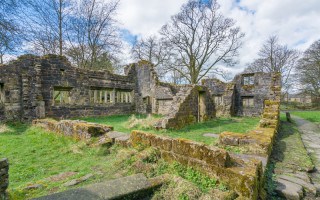 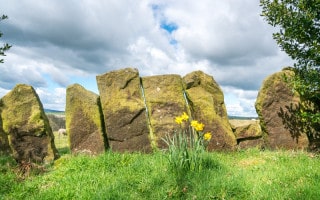 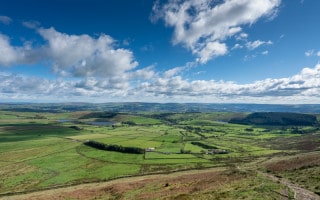 Guide to the Pendle borough of Lancashire. 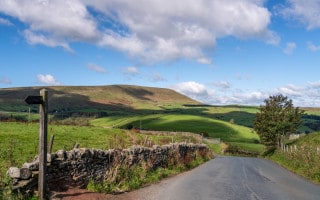