As we approached Astley Hall and Park we sensed it wasn’t a normal day here. The roads leading there were lined with traffic cones and, on reaching the car park we discovered it was full. We headed back onto Chancery Road and parked the car on Great Meadow. A family passed so I asked them what was going on. ‘Chorley Carnival’, the man replied. Our hopes of a quiet day in the park were shattered.

We passed through the park entrance and soon came to Astley Hall. Unfortunately, it was closed for conservation work so we headed straight for the playground.

The playground had only just opened the previous week so would have been busy anyway. With the additional carnival crowd, it was absolutely crammed. It’s themed around Royalists and Roundheads due to Oliver Cromwell’s reputed stay at Astley Hall prior to the Battle of Preston in 1648. Play equipment includes a castle ruin, zip wire, slides, and sand pit. It was pretty decent but can’t beat the setting of the playground at Yarrow Valley Country Park.

After an hour or so on the new playground we headed over to Pets’ Corner. This wonderful attraction is home to a variety of animals such as chipmunks, snakes, snails, degus, guinea pigs, rabbits, ducks, budgerigars, chickens, and hens. My daughter bought a box of vegetables for 50p and thoroughly enjoyed feeding them. About 15 minutes into our visit one of the volunteers brought out a huge African spurred tortoise from its enclosure and, much to everybody’s delight, let it wander freely around the grounds.

There’s another playground beside Pets’ Corner which my daughter also felt the need to try out. There’s a refreshment kiosk here too, but after all the play, she wanted something a little more substantial.

We made our way to the Coach House next to Astley Hall. Café Ambio occupies the ground floor here. I ordered an Ambio’s Amazing Burger (£7.25) while my daughter had Tomato Pasta from children’s menu (£3.99). Both were good. My burger was pretty substantial and came with a generous portion of chunky chips.

It was late afternoon now but we headed to the first floor of the Coach House and had a quick look around the Chorley Remembers Experience. This small exhibition focuses on Chorley’s military history and houses exhibits covering topics such as the Chorley Pals, D-Day, Ypres, and the Battle of the Somme. Before they closed my daughter got the chance to dress up as a soldier, pilot, and nurse.

On the way back to the car we stopped briefly at Astley Hall’s Walled Garden. This delightful area is features vegetable beds, herb gardens, and an orchard with apple and pear trees. According to the information board, many of the ingredients used at Café Ambio are sourced from here.

Overall, Astley Hall and Park is a great place to visit. It was a shame that Astley Hall was closed but we’ll certainly be back at some time in the future. If time permits, we’d recommend you combine your visit here with a trip to Yarrow Valley Country Park.

Astley Hall and Park are located just northwest of Chorley town centre. The main car park is situated next to Astley Hall on Hallgate, at the western end of the park. Chorley Council recommend using the postcode PR7 1XA to find it with a satellite navigation system.

The closest railway station is Chorley (in the town centre – next to Chorley Bus Station). Euxton Balshaw Lane Train Station and Buckshaw Parkway Train Station are also nearby. 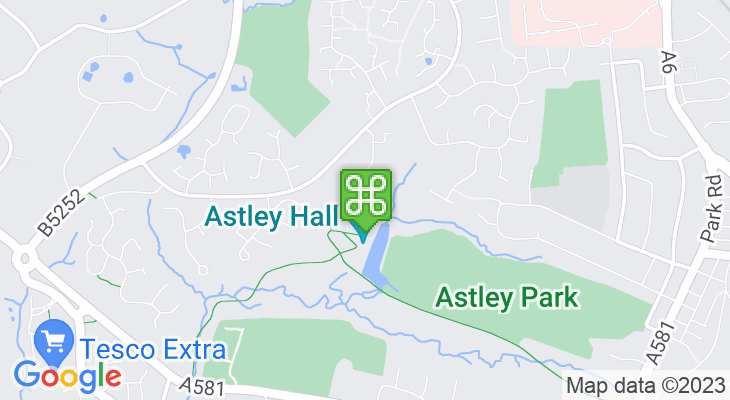 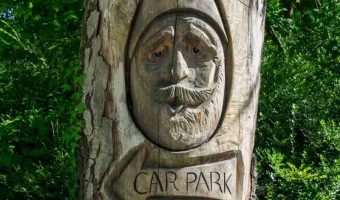