Kendal Castle stands on a hill to the east of the town and was built during the 12th century. It was once owned by the family of Catherine Parr, the sixth and last wife of Henry VIII.

The castle has been a ruin since the 16th century with just the keep, one of the towers and some parts of the walls standing today. Nevertheless, it’s a popular spot for walking and picnicking and offers spectacular views of Kendal and surrounding countryside.

In November the castle is the magnificent setting for Kendal’s bonfire night fireworks display. The event, organised by Kendal Round Table, draws thousands.

An onsite interpretation board, erected by the Kendal Civic Society, offers more information about the castle’s history and an illustration showing how it might have appeared around 1400. There’s also an exhibit about the castle at the Kendal Museum.

Kendal Castle is located on Castle Hill, east of the town centre. To reach it on foot from Kendal town centre cross the River Kent via the footbridge next to Abbot Hall Park/Abbot Hall Gallery. Once over the bridge turn right and walk for around 30 yards until you reach Parr Street on the left. Follow Parr Street (leading to Sunnyside) all the way to Castle Hill.

Tourist attractions and things to do near Kendal Castle include:

Places to shop near Kendal Castle include:

Hotels near Kendal Castle include:

Train stations near Kendal Castle include: 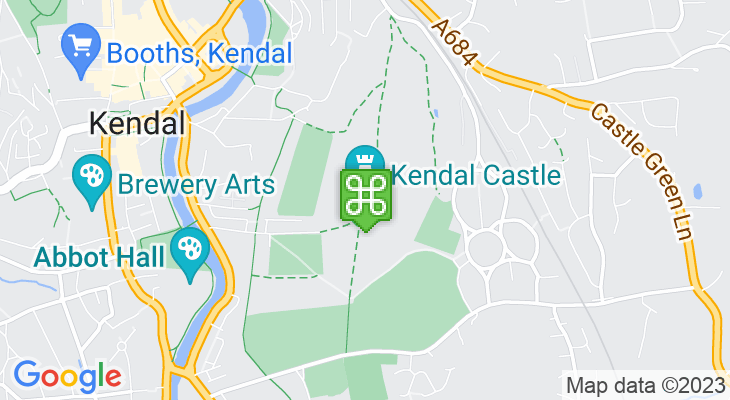 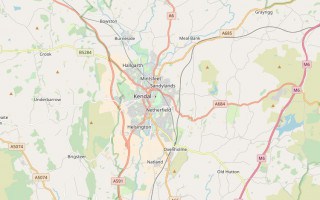